It is the responsibility of every homeowner to know the difference between power strips and surge protectors. These household devices are essential to keep the overall quality and safety of your electronics.

Undoubtedly, all houses have two or more electronic items and appliances. After all, most of the home furnishings today need electricity to operate.

Table could not be displayed.​

Some of us have properties which have limited power outlets. This inadequacy can easily be solved if you have a power strip. A power strip is an electronic accessory that you plug into any of your wall outlets. This device serves as an extension or a multiplier to your power outlet. Specifically, it contains several outlets of its own. This allows you to connect more electronics even if your primary outlet is limited.

In fact, a power strip is a common to many buildings today . In the past, this equipment is just a household accessory. As time passed by, power strips became common to corporate buildings. However, this is to be expected. Offices use a lot of computers and other machines. Of course, you can’t run them all with a few power outlets present.

We are all familiar with the appearance of a power strip. However, many of us often confuse it with a surge protector. These two devices are quite similar in physical appearance. However, their functions are totally different. As mentioned, a power strip multiplies the capability of your power outlets to cater numerous electronic devices. This accessory is essential to homes that have scarcity in electrical outlets.

The capacity of a power strip varies from one brand to another. Typically, the minimum number of outlets a power strip has is two. Some heavy-duty variety of this item can even accommodate twenty electronic devices at once!

Indeed, the function of a power strip is essential. However, there is a limit to its performance. When it comes to protecting the integrity of your appliances, you may need the service of a surge protector.

A surge protector has a physical semblance with a power strip. In fact, it can also function the same way as power strips do. But this electronic accessory has a very crucial role. This device acts as a shield to protect your electronic items from power spikes and other electrical deterrents. Usually, a power spike happens temporarily. Specifically, it just occurs in less than a second. This typically happens when there are tripping in the circuit breakers, sudden power outages and more. This unprecedented power increase can also take place during a lightning strike, although it is very rare.

Power spikes can be hazardous to the health of your home appliances. It doesn’t matter if your electronics are well-built. If a power spike hits its internal system, severe damage can happen.

A surge protector can save your appliances from this unwanted predicament. It could also save you from a surprising toll of expenses due to repairs and costs!

However, you should know that a surge protector cannot protect devices that are directly struck by lightning.

What Appliance Should You Connect To A Surge Protector

One of your top priorities should be your computer. This machine is so sensitive when it comes to electricity. A minor spike or surge in current can disrupt its operation. Sometimes, it could even fry the internal hardware of this machine. Moreover, they are costly, too. Therefore, you need to attach your computer to a surge protector.

Your television set, air conditioning system, and refrigerator also need the service of this safety device is especially important for RVs. If you have an RV and are looking for a goo RV surge protector, then check out this blog post on the 5 Best RV Surge Protector (30 & 50 AMP/EMS) Reviews - StayonTrials.

If your servers are attached to a UPS (Uninterruptible Power Supply), then you can spare it from a surge protector. A UPS acts as a backup battery. They instantly activate once there are power outages. Through this mechanism, the server won’t shut down suddenly. It also plays the same role as a surge protector.

Price Of A Surge Protector And A Power Strip

Because of its importance, a surge protector is slightly more expensive than a power strip. However, it is not steeply priced as what you are thinking. It is a worthy investment, especially if you are living in areas that are prone to bolts of lightning and power tripping.

A surge protector such as the RV Surge Protector can cost from $10 to $20. A power strip, on the other hand, has a base price of less than $10. The more the outlets of a surge protector, the more pricey it is. The same principle applies to a power strip.

Choosing the best surge protector and the power strip is essential. However, it will boil down to your preference of what brand or model you will pick. Just take the time to scrutinize the quality and capacity of the unit that you want. In this way, you can be sure that they can accommodate the electrical systems in your home.

You can easily distinguish these accessories from one another. You only need to look at their electrical ratings. Typically, surge protectors have power ratings in joules. It also contains numbers that pertain to the maximum voltage it can take from a power spike.

Obviously, these figures are not present to a power strip.

Take note that a surge protector is quite also the same with a surge suppressor. However, its primary function is to protect your appliances from sudden changes in current.

Both power strips and surge protectors are essential to the overall welfare of your electronic devices. As long as you have them in your house, you can extend the lifespan of your appliances. They also prevent unwanted expenditures from electronic repairs!

Ideally, you will need these two accessories at the same time. You may think that you only need one of them. However, if you own several sensitive and expensive electronics such as computers, then you will need the service of a power strip and a surge protector simultaneously.

2 thoughts on “Power Strips Vs. Surge Protector: What Are Their Differences?” 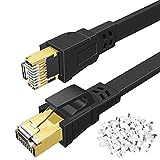 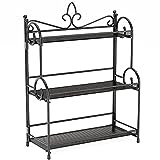 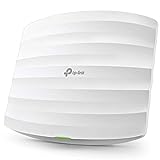 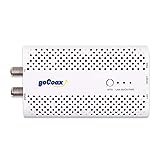