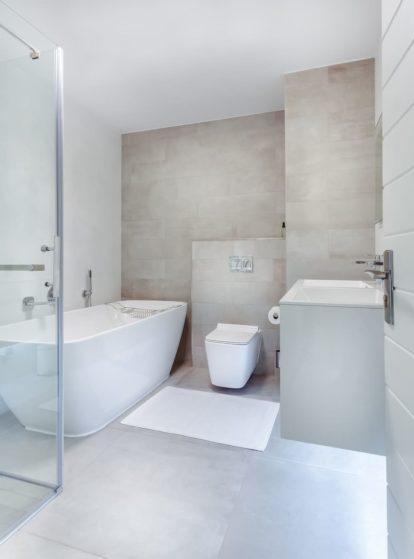 One of the most popular rooms to remodel in a home to give it a more upscale feel and increase its value is the bathroom. While plenty of potential upgrades exist for this room, one that's becoming popular is installing a doorless shower. Understanding the potential pros and cons of these showers will help you make a more informed decision on whether this upgrade will suit your home.

The typical way to get a doorless shower is to have one custom designed and installed by a Bath Remodeling company. You can get the type of shower you want most and even have spaces built in to hold all of your toiletries and other essentials. This isn't a do-it-yourself type of project, as the floors need to be subtly sloped toward the drain of the shower to avoid having water going all over your bathroom, and the shower heads need to be placed so they are less likely to spray outside of the shower area. The drawback to getting the shower of your dreams is that this process adds quite a bit to the cost of installing a new shower. 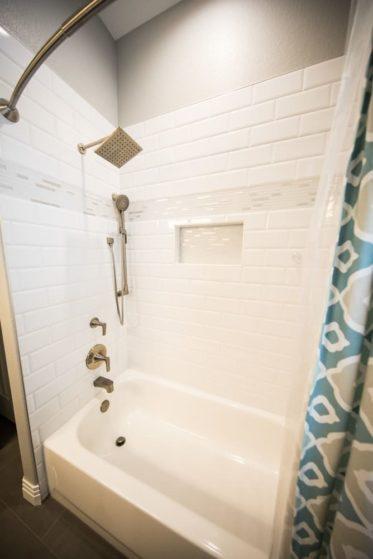 How To Replace A Shower Head

A doorless shower can give the bathroom a more open look and feel because there are fewer barriers to moving around in the bathroom, especially if you make the walls of the shower out of glass to give an uninterrupted view of the whole room. While this might seem like the perfect type of shower for a small bathroom, these showers typically take up quite a bit more space than the typical shower, with an ideal size of around five feet by five feet compared to the minimum size usually allowed for a shower of three feet by three feet. This added size does make these showers particularly useful for people with mobility issues, however. Keep in mind that you shouldn't place anything in the area near the shower that can't get wet, as water may accidentally be splashed outside of the shower.

Looks Beautiful But Can Feel Cold

Many people choose a doorless shower because they love how they look. One thing many people don't consider when choosing a doorless shower is that without a door, the steam from the shower will not be contained. This might not seem like such a big deal, but without the steam being trapped, the shower is more breezy and may even be a bit chilly if you don't make design accommodations to deal with this issue. You may want to have a heated floor, choose infrared heating lights, and perhaps have a towel warmer in the bathroom so you can warm up with a toasty towel after your shower.

As you can see, there are both pros and cons of installing a doorless shower. Before making a final decision, remember that it isn't a good idea to remove the only bathtub in your home. This could adversely affect the resale value of your home, which would go against one of the main reasons for doing a bathroom remodel in the first place. Families with children and people who enjoy taking a bath would be less likely to want to buy your home. These showers may be best suited for the master bath.