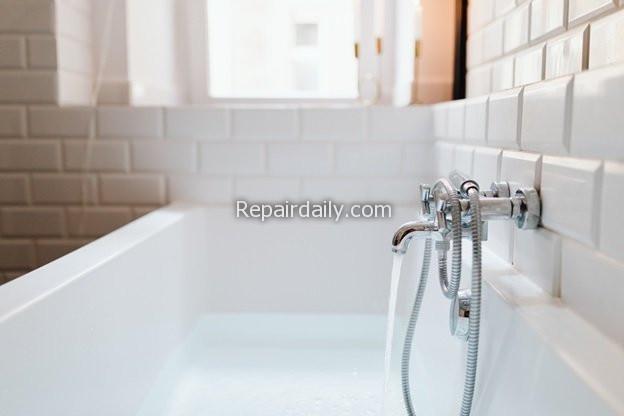 Sydney is a popular city with a high population, so it comes as no surprise that it also has some of the highest real-estate prices in the world. If you managed to buy yourself an apartment or a house here, you're probably feeling pretty good about yourself. And you should!

But of course, as with all great things in life, it does come with some setbacks. One is that now you no longer have a landlord who has to take care of all the repairs, which means that if you have a plumbing issue, you're the one who has to find a plumber.

Considering the prices, Sydney developers invest in high-quality materials precisely so they can minimize problems like these which would harm their reputation. However, that doesn't mean nothing will ever go wrong. Plus, there are areas where the properties are older and therefore more prone to troubles.

It's best to know what to expect and what to do before anything happens. You don't want to be doing research on Google while also trying to mop up the water that's flooding your bathroom.

Clogged drain and drain pipes are a fairly common issue in Sydney as in most cities in the world actually. They're definitely inconvenient but usually easy to handle. Most often, the drains are clogged by hair, so you can use a plunger or a plumbing snake. We don't recommend you use chemical drain cleaners because they're corrosive and might damage the pipes. If the clog is caused by something that's not so easy to dislodge, these corrosive substances will be stuck in the same place as the clog, possibly causing even bigger issues.

If you try the plunger and the plumbing snake, but your drain is still clogged, it's best to look for a qualified plumber in Sydney. Here, DIY repairs are not just discouraged, they're illegal under the Home Building Act 1989 in order to maintain safety and quality standards. Tinkering with the plumbing system in your home can be dangerous if you don't have the necessary expertise or tools. You can easily turn a simple clogged pipe into a much bigger problem.

This one might not be as inconvenient as a clogged drain, but it can raise your utility bills. The average household in Australia uses roughly 340 litres of water per person per day. A leaky faucet that leaks at a rate of 10 drips per minute – a slow drip - wastes three litres of water per day, and this can increase to 21 litres per day. This may not appear to be much, but it is only per day. It all adds up over time.

Identifying a dripping tap is usually quite easy because it makes an annoying noise. If it's leaking somewhere, you'll still be able to see it. Just clean all the water around it with a sponge and then turn the tap on. You'll then start to notice the leak.

The most common cause for this issue is damage to the tap washers that seal the taps. There are fairly simple components – disks with holes in the middle. If they get damaged, you'll start hearing that dripping sound or seeing small leaks from the faucet. They're made from rubber, nylon, polythene or fibre, so they're not expensive or difficult to replace.

But if you wait too long, the leak can cause further damage. For example, you might have to replace the valve seat or the whole tap.

Pressure is what causes the water in your faucets or shower to gush out instead of just dripping and what allows you to rinse the shampoo out of your hair.

Low water pressure can be caused by a variety of factors, including mineral deposits in your pipes or a faulty pressure regulator.

It could also be a sign of major plumbing leaks, which divert some of the water when you turn on the tap. This is what you first want to check for by shutting off all the taps in your home and then looking at your meter. You can take a picture of it with your phone.

Then wait for a few hours without using any water and check the meter again. If it shows that you were using water, there's a good chance you have a leak, and in that case, you'll definitely want to call a plumber as soon as possible before the leak causes further damage.

If the meter hasn't changed, the cause might be mineral and sediment build-up that interferes with water flow and will gradually lead to low pressure.

However, if the low water pressure is sudden, it could be the pressure regulator. It can get damaged and malfunction, so you'll get either a spike or a drop in water pressure.

All these issues require the services of a professional plumber.

If the low water pressure is limited to a faucet or showerhead because of build-up, then you could fix it yourself by soaking it in specially designed products that remove the build-up.

A running toilet wastes a lot more water than dripping or leaky faucets. About a third of the water we use in our homes goes on flushing the toilet, and a running toilet can waste 200 to 400 litres per day.

The most common cause is a problem with the flushing system – usually the flapper. The flapper is a disk at the bottom of the toilet tank that connects to the flushing lever. When you press the flushing lever, the flapper lifts, allowing the water in the tank to flow into the bowl. If it's damaged, it will let water pass, so your toilet will be running continuously, wasting water.

Flappers, like most components of the flushing system, are inexpensive. They're also not at all difficult to replace. You first need to turn off the water supply from the shut-off valve – the next step is to empty the tank, so you don't want water flowing in again to refill it.

After you've emptied the tank by flushing it, lift the lid of the tank and look for the flapper. If you've never done this before, look for some video tutorials, so you know what all the parts look like. Check the flapper if it's still connected with a chain, if the chain has gotten under it or if the flapper is damaged.