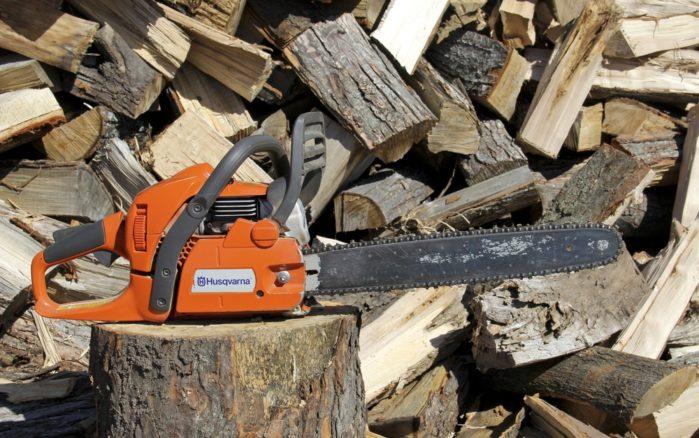 There was a time when cutting heavy trunks and removing stubs of a downed tree was the laborious task with ultimate toil. Every single action was needed to be done by hand, or by implementing five to ten different tools for a single step of the entire operation.

“But presently, the invention of the  chainsaw has created a comparison with past troublesome tricks and proved a quick solution for massive level cuttings and removals.”

Want to make an intellectual choice even if you don’t know what must be included in chainsaw structure? At Workshopedia, one can have more than single options plus aesthetic designs of proficient chainsaws that will carry-out multiple purposes by a single hit.

However, before buying a good piece of the chainsaw, you need to know the following points.

Table of Contents
1: Ascertain the Purpose
2: Size of Chainsaw and its Engine
3: Petrol, Corded, and Cordless nature of Chainsaw
4: Buy Safety Equipments

Let’s suppose, you’re going to split trees of various kinds (dogwood, silver maple, black Oak, etc). Your selection for chainsaw will be changed from one who has to clean the playground or a public place by trimming twice or thrice per year. That shows purpose defines the bar length, engine size, and so on. Hence, the harder will be the tree, the longer will be the bar and the heavier will be the machine.

Note the fact, how capacious the place is where you’re going to use electric chainsaws? As the smallest areas with no extended dimensions urge to select electrical chainsaws that could be moveable under the minimum volume/space.

Likewise, Farmers and lumberjacks’ purpose is settled on regular task accomplishment, in a way to revolutionize general patterns of cutting, logging, and felling. On the other hand, firefighters’ purpose indicates bush clearance, to reach-out the point of trigger safely, and to extinguish fire professionally.

2: Size of Chainsaw and its Engine

The size of the Chainsaw matters where work is heavier, as mentioned earlier. If the width of the tree is like 13 inches, the chainsaw would be of 15 inches bar, to cut promptly and safely. Before jumping into the felling, measure the width, firmness, constituents for trees and you can use a petrol chainsaw for it.

The reason is, petrol chainsaws are heavy with a vibrant engine to generate high-efficiency rate and cut down any width tree swiftly. Moreover, the body of petrol chainsaws is larger than cord or cordless electric saws because of their outside usage for a dense workout.

The engine gives a degree of longevity and effective performance graph that could be investigated in chainsaws. The measuring unit for the engine’s energy is Amps which ranges from 8 to 15 Amps. Mostly the purpose devices the rate for Amps and depends on simple, moderate to complex sort of task.

In comparison to the latest versions of chainsaws, three categories have been oriented and based on petrol, corded, or cordless framework. The following analogy will explain which one is best to pick and also the draws that can originate as by-products of chainsaw.

Petrol_ Mostly, the typical and traditional way of using chainsaws is based on petrol tanks in infrastructure. For pulling out prodigious logs, felling, and cutting workings. It’s vibrational and requires a strong grip over functioning. The biggest draw we can perceive is its not eco-friendly nature and pollution influence.

Corded_ The latest and in-trends model of chainsaws is corded electric. Its body is cheaper and lightweight than other types, and easy to handle from a fine structure. The power for the Corded chainsaw could be lesser than the petrol one because of the cable network inside. Further, you’ll not trigger sockets cutting with this tool and only can access small croppings.

Cordless_ These chainsaws have battery limitations that can waste your time if finished. You would have to wait for work continuity until the battery will recharge again. But, integrated batteries become the compensating component of cordless electric chainsaws which probably is more productive than the corded one.

Although, most of the chainsaws have safety hallmarks; secondary power switches, and chain catchers. But these are not enough for acquiring a free hand over the machine. There are some pieces of equipment that must be bought before buying chainsaws to ensure safety first. These preventive utensils include;

Safety Helmet with Eye Coverer:  Due to the insufficient grip-over tool can throwback injuries to the head or face. A helmet is therefore mandatory safety equipment while handling any mode of chainsaws. Whereas, bark when cut off, small wood chips start flying around eyes that can damage the eyes if not covered with some eye cover or glasses.

Chainsaw Gloves and Boots: These leathery or tough fabric gloves are easy to wear and protective from jerks of the chainsaw. At the same time, it provides flexibility for proper working. The boots are not generally manufactured but have steel barriers near the toe side and prevent accidental injuries if the saw slips from hand. While the sole or material of the boot body holds you on the ground and avoids slipping.