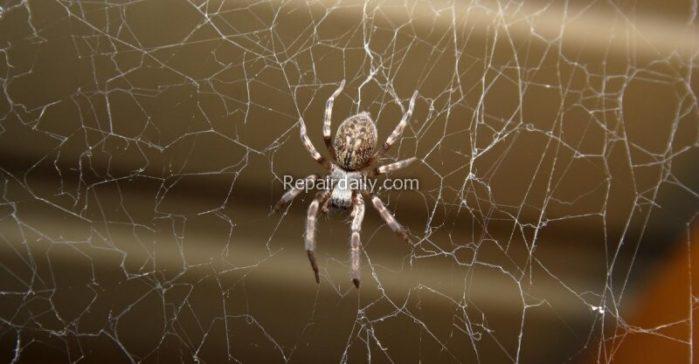 Our homes serve as our peaceful sanctuaries, it is a place of refuge where we can unwind after a long, tiring day. But for those sharing their living spaces with pests, home is anything but comfortable. A home can lose its charm in an instant once you let these uninvited guests come in.

For most of us, pests are animals detrimental to human concerns. These pests are any type of organisms that causes domestic nuisances in different parts of our homes. They're also the primary carrier of health concerns, associated with chronic allergies, epidemic diseases, plagues, and high mortality rates.

But when we about household pests, most of us think of innocent little critters that are a threat to household safety and physical properties. In fact, some household pests present an actual danger that causes more than just annoyance. Most homeowners even go to extremes by hiring mosquito control services to eliminate disease-carrying mosquitoes and other harmful pests completely.

Whatever type of pests you have in the house, it's important to know which ones can cause the most damage and health risks.

Although they look cute and tiny, never underestimate what mouses can do to your home and health. Since rodents multiply at rapid rates, just a few of them can cause an uncontrollable infestation in a short amount of time. Rodents are notorious for transmitting ailments directly, such as leptospirosis, salmonella infection, and plague. They can also indirectly transmit the West Nile virus, Rocky Mountain spotted fever, and Lyme disease.

Rodents, specifically black rats, can cause widespread destruction of homes in a short period. They leave teeth marks on electric cables and chew on wires which leaves them exposed, causing electrical outages and short circuits. They also cause serious destruction to vehicles that lead to functionality issues. These kinds of damage have caused massive fires in the U.S., causing millions in damages to properties each year.

Tiny as they look, termites can be pretty ruthless when it comes to property damage. In fact, experts believe termites are the most dangerous pests to plague mankind. According to a study by the U.S. Forest Service, pests cause over $2 billion of damages per year, more property damages caused by fire and windstorms combined.

Termites are one of the few pests that don't sleep, allowing them to wreak havoc on your home 24/7. They feed on the cellulose found in wood, so they will chew anything made from this material. When ignored, termites can cause serious safety issues by weakening the foundation of your home.

Getting rid of termites is no easy feat. A termite-infested property requires $3,000 for the repairs alone to fully tackle all the damages caused by termites. Unfortunately, most insurance companies don't cover these types of damages for house insurance policies.

Although scorpions prefer to live in the desert and dry areas, you can still find them in warmer states, such as Arizona. While research shows only 30 out of 1,500 species can kill humans with their deadly sting, it doesn't mean that non-lethal stings are less unpleasant.

For example, bark scorpions are rarely fatal, but when provoked or stepped on, they will sting the victim as much as they can. In fact, a person can receive over 20 stings from one scorpion.

Scorpions have a tiny stinger on their back that contains venom, which they use to defend themselves or attack an incoming prey. Although most of their venom can rarely harm humans, those who live in hotter regions are more prone to poisonous scorpions. If you live in regions where scorpions linger the most, it's important to keep the house sealed and free from possible entryways to prevent them from entering your premises.

Despite their fascinating features, many people are afraid of spiders because of their creepy nature. You can find these little crawlies almost everywhere, especially in warm and dark spaces, such as corners, air vents, wall cracks, and eaves of the house.

The deadliest species include black widow spiders, which bites humans in self-defense. Their deadly bites can cause respiratory distress, muscle cramps, and extreme pain. Today, black widow spiders are expanding their territory and are now causing infestations in the northeastern U.S.

Knowing your real enemies are is your greatest advantage against dangerous household pests. They can cause serious consequences not only on your food, property, but also your health. If you're seeing early signs of pest infestation, it's best to take care of it immediately before it escalates into a severe issue. In the end, your best defense is to work with a professional pest control service to eliminate dangerous pests quickly.