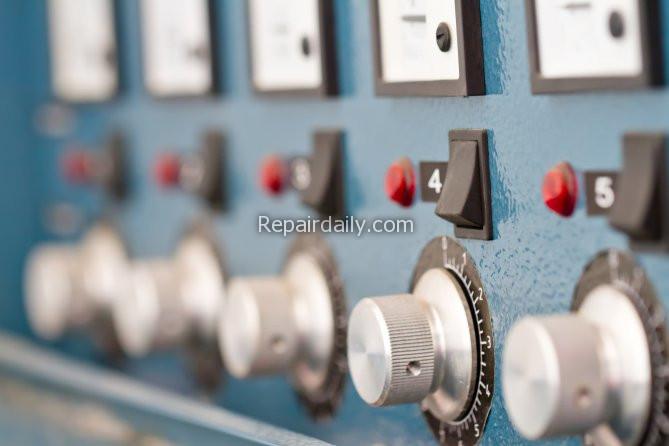 What are the different types of switches and their use

There are many switches available in the market. But categorically, you will find two major types; electronic and mechanical.

It is good to have a basic knowledge of the types of switches available and their uses as well. So that, whenever you needed a switch for something, you would know what to do.

There is a huge variety of switches and when it comes to their differentiation things can get a little confusing. As mentioned earlier switches can be mechanical and electronic. Mechanical switches can be classified into different types based on several factors such as the method of actuation, number of contacts. The electronic switches in their turn have no physical contact. There are different types of solid-state switches which include SCRs, Power Diodes, Transistors. The most common types of transistors are BJT and MOSFET. As they do not have any moving parts, it is very interesting to learn how transistors work. So they basically have a base, collector, and emitter. If there is a little current flowing from base to emitter it allows a larger amount of current to flow from collector to emitter which means that the switch is turned on.

So, let’s get through the most common types of switch categorically to extend the knowledge.

Owing to technology, there are a lot of useful mechanical switches invented and are available for your use. So, let’s get started!

The first one here is an SPST switch that is a basic ON/OFF switch having two contacts; one input and one output. The configuration of this switch is either normally OFF or normally ON.

This switch is used for single circuits to make ON/OFF connections.

This switch is commonly known as the SPDT switch, and it consists of three terminals. One of them is the input terminal, while the other two are output terminals. Hence, you can have two ON and one OFF position using it.

This switch is commonly used as a changeover switch that connects input between two outputs.

This one is known as the DPDT switch. It consists of four terminals, out of which two are input, and the other two are output terminals. To understand better, you can take it as two SPST switches working at the same time.

These switches are commonly used where you have two control two different switches at a time.

This switch contains two input terminals with four output terminals. To understand better, you can assume it like 2 SPDT switches working at the same time.

This switch is used in areas where you need open and closed wiring systems like railroad models.

Another commonly used switch is a toggle switch. This switch contains a lever that is actuated to operate the switch.

These switches are used to control lights usually.

Another mechanical switch that makes and breaks circuits on pressing it is a push-button. These switches also have further types; momentary and non-momentary.

They are used in telephones, magnetic locks, toys, etc.

The next category we have is electronic switches. You can call them smart switches because they are used in control systems and advanced applications. Let’s look at the types!

The most common type of electronic switch that you will find is a bipolar transistor. Depending upon a certain saturation state, it blocks or allows the current to pass. You will find two types, NPN and PNP, in this type of transistors.

You will find this switch used commonly in control lamps, relays, motors, etc.

These switches are made using p-type and n-type semiconductors to form a commonly called the PN junction. On forward-biased configuration, the switch becomes ON, and it operates oppositely in the reverse-biased state.

It is commonly used in battery charging, inverters, and AC rectifiers.

A Metal Oxide Semiconductor Field Effect Transistor is a voltage-controlled device. The three terminals of this switch include; drain, source, and gate. There is a resistance between the drain and the source. This resistance decides whether to turn OFF the switch or ON.

This switch is commonly used in automotive electronics. There can be other similar applications as well.

It is Silicon Controlled Rectifier, a unidirectional device having three terminals and working as a diode. The terminals are anode, cathode, and gate. To control it, we control the gate input and bias the anode and cathode terminals.

These switches are commonly used to control high power that would be possibly coupled with high voltage.

These were some common switches, and there are many more. I have tried to convey the basic information regarding the most common ones. For further information, you should keep surfing and studying. There are hundreds of switches available, and each one of them has a unique purpose. So, find out that purpose and bring them in usage.